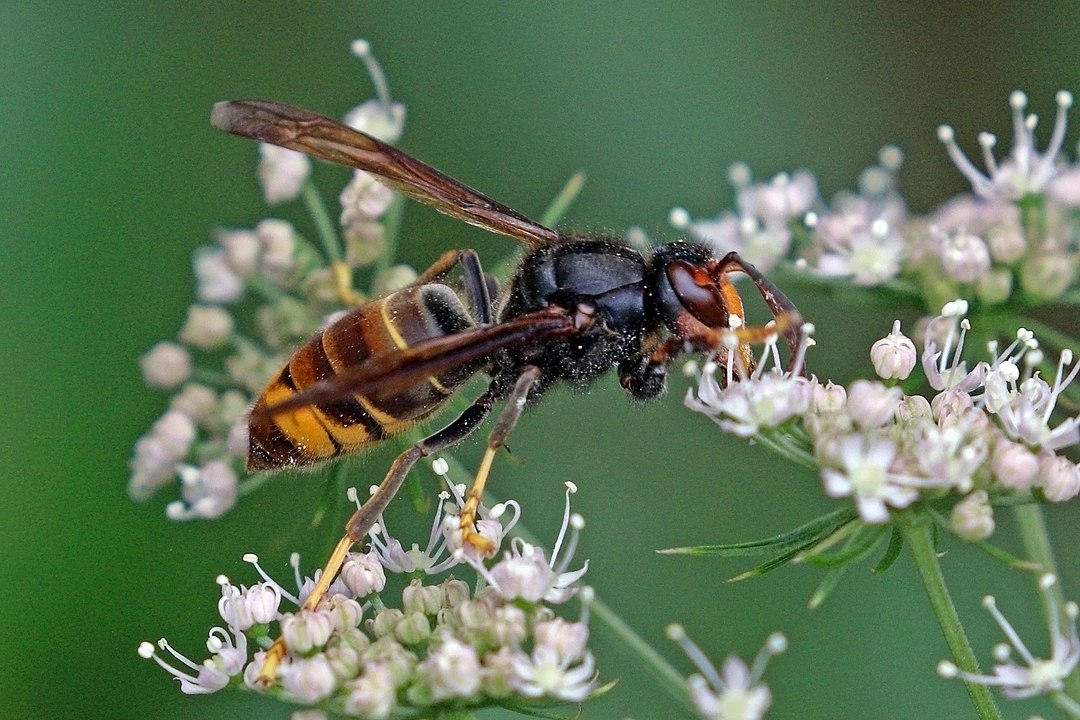 Vespa velutina, also known as the Asian hornet is an invasive non-native species from Asia. It arrived in France in 2004 where it spread rapidly. As a highly effective predator of insects, including honey bees and other beneficial species, it can cause significant losses to bee colonies, and potentially other native species.

The Asian hornet is smaller than our native hornet, with adult workers measuring from 25mm in length and queens measuring 30mm. It's abdomen is mostly black except for it's fourth abdominal segment which is a yellow band located towards the rear. It has characteristical yellow legs which accounts for why it is often called the yellow legged hornet and it's face is orange with two brownish red compound eyes. 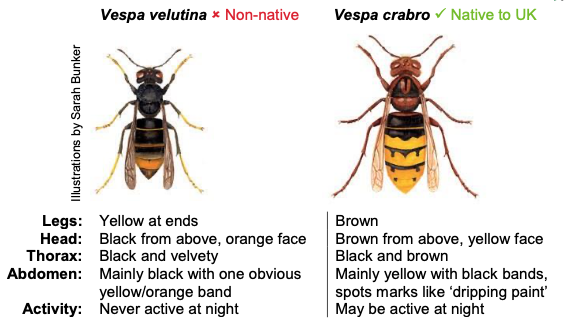 Further information can be found at the national bee unit:
Here

Asian Hornet Watch is an app designed to record and help the early detection of Asian Hornet in the UK following the first confirmed record in September 2016.
Available for your smartphone: